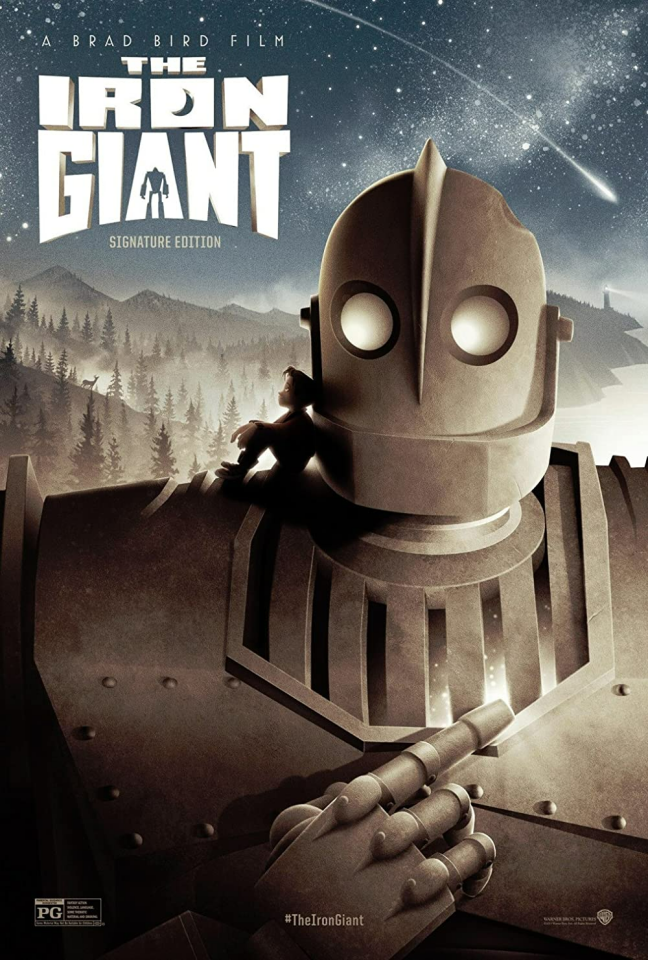 In this animated adaptation of Ted Hughes' Cold War fable, a giant alien robot (Vin Diesel) crash-lands near the small town of Rockwell, Maine, in 1957. Exploring the area, a local 9-year-old boy, Hogarth, discovers the robot, and soon forms an unlikely friendship with him. When a paranoid government agent, Kent Mansley, becomes determined to destroy the robot, Hogarth and beatnik Dean McCoppin (Harry Connick Jr.) must do what they can to save the misunderstood machine.